Usually it's doctors, nurses and therapists who get the credit for delivering the most innovative practices in health care. But a USC researcher says one group has been largely overlooked: the leaders at health care organizations who manage change and improve standards of care day in and day out.

As anyone who has ever worked in a large organization knows, implementing change is difficult. This is as true in health care as in any other field. Also true: high impact  change usually happens when effective leaders make it happen.

That's the argument that Erick Guerrero, PhD, associate professor at USC Suzanne Dworak-Peck School of Social Work, has made following a study of how leaders drive adoption of new evidence-based practices in addiction treatment programs. 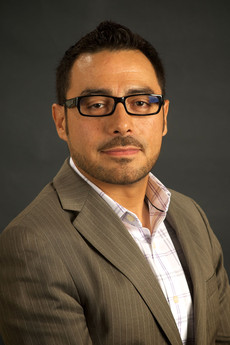 "Leaders play a critical role," said Guerrero. "It's not easy to get busy health professionals to put aside years of experience and habit to do something new and unfamiliar."

If organizational leadership sounds like the sort of thing they study over at the business school, you'd be right: Guerrero has a joint appointment at USC Marshall School of Business. He applies leadership models commonly applied to the corporate arena to the world of healthcare.

And while Guerrero's study looked specifically at addiction health services, the implications are very broad for translational medicine.

"Clinical researchers often focus on intervention development and delivery by practitioners, with little attention to how evidence-based interventions are implemented, as expected and supported by health care managers," Guerrero said.

To dig further into leadership research, Guerrero went to the Southern California Clinical and Translational Science Institute. The SC CTSI, which exists in large part to accelerate the delivery of evidence-based practices to the real world, supported his proposal with a team building grant that got his study off the ground.

In their study, Guerrero and his research collaborators identified various management strategies and ranked them for effectiveness. The research led to a published article, "Identifying and ranking implicit leadership strategies to promote evidence-based practice implementation in addiction health services," in Implementation Science, in May 2016.

But SC CTSI assistance went beyond the funding, Guerrero said. "The SC CTSI helped me put together a team of researchers interested in this topic, so it became a much more multidisciplinary study. That brought much more richness to our ability to investigate the issue."

The expanded team helped Guerrero reshape his study methodology. "We interconnected qualitative and quantitative methods in our approach to identify and rank different leadership strategies that support implementation of evidence-based practices," he said. "If I had relied on traditional methods, the study and the results would have been a lot less compelling."

The pilot study and the contributions from his collaborators also helped Guerrero develop a much larger research proposal for the NIH to continue his investigations.

Evidence-based practices are the core of modern translational medicine, said Guerrero. But new science only makes a difference if it's applied.

"Management and leaders can be great translators of science because they're in the position to both understand the innovation and also how to put it into action," said Guerrero. "As we learn more about the leadership strategies that work best to implement innovation in healthcare, the benefits of this kind of knowledge are multiplied many times over."

The Results Are In! Key Takeaways from the SC CTSI Annual Survey